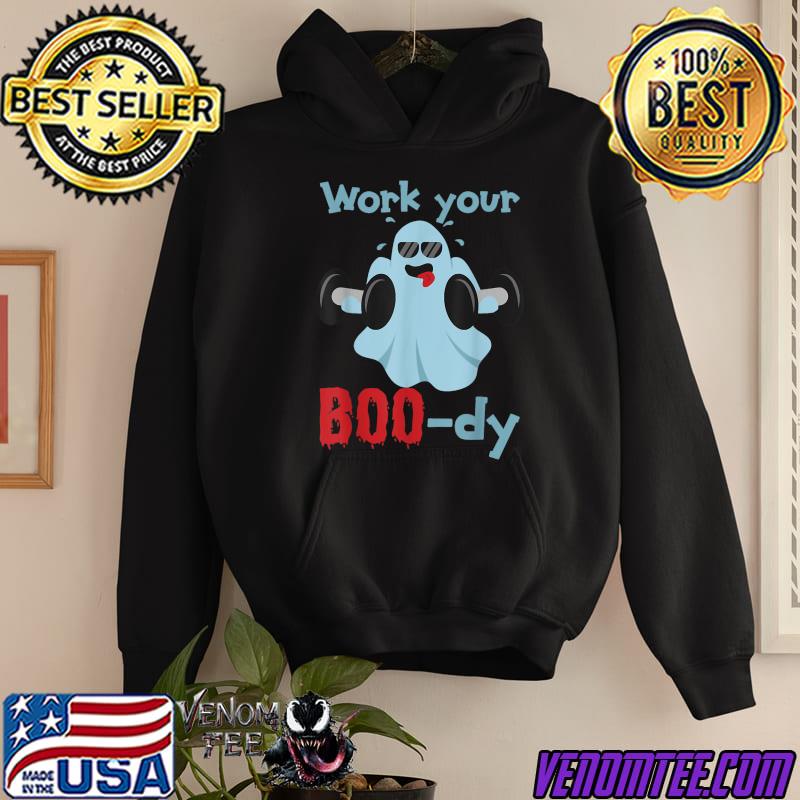 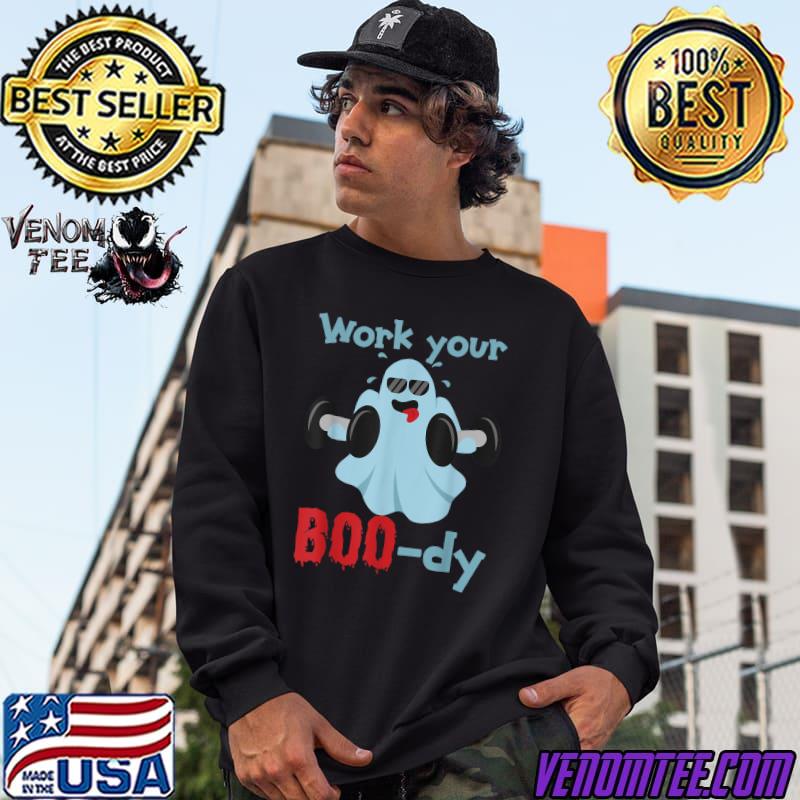 Everything the Work Your Boo-dy Halloween Fitness Ghost Exercise Fitness Ghost Boo-ty T-Shirt Apart from…,I will love this player does is just too slow for the movement speed that enemies have in this game. Swing speed, recovery, flasks, animation cancelling – when we’re even allowed to do it compared to enemies which is rare. Its like the player is stuck in DS1 and all the enemies are DS3 DLC and beyond. Or Sekiro. People say there is a lot of Sekiro in this game but I haven’t played Sekiro so I can’t say. I died in DS1 more than this game, but other than some bullshit like getting cursed in the sewers and having to fight gaping dragon with half my health, DS1 felt fair. Hard but fair. If I didn’t like the Elden Ring as much as I do I wouldn’t bother writing this but I really do like it, which is why its frustrating to see it trip over its own feet. I cannot give a game a 10/10 when so many of the mechanics feel so unbalanced.

Spirit Summons allow the Work Your Boo-dy Halloween Fitness Ghost Exercise Fitness Ghost Boo-ty T-Shirt Apart from…,I will love this game to become accessible to so many new people which is the desired effect FromSoft was shooting for. If you don’t like them simply don’t use them, Tiche won’t lose sleep either way. Stop crying about what other people do and play the game with a big stick wedged tight up your ass forever The bosses hit too hard and the advice to level vigor to the soft cap before any other stat is a tacit acknowledgement of this. It’s a bandaid. Game would be better if weapon arts did like 1/2 as much damage and player FP pool was halved, also if player defenses just increased across the board, it’s not fun to have an Ash of War off, and 1-2 shots aren’t fun either Halfing FP would make mage builds completely useless considering how much some spells costs. It’s already a pain as a summon with half the flasks to be useful against bosses with large health pools. Ok i thought i was crazy for thinking this but when i get summoned as my mage build i completely run out of flask in the fight. Its almost mandatory to run a weapon. Yeah I basically have to change up which spells I use. Anything with heavy FP cost has to be used very sparingly or I risk becoming useless lol. No comet azur or satellite meteorite for me in coop I feel like its the opposite. Its prob easier to run the infinite fp flask and just try to nuke the boss down but thats not fun or engaging at all. So yea unfortunately have to use a weapon which for my build specifically which is int/fth pure spellcaster sucks.