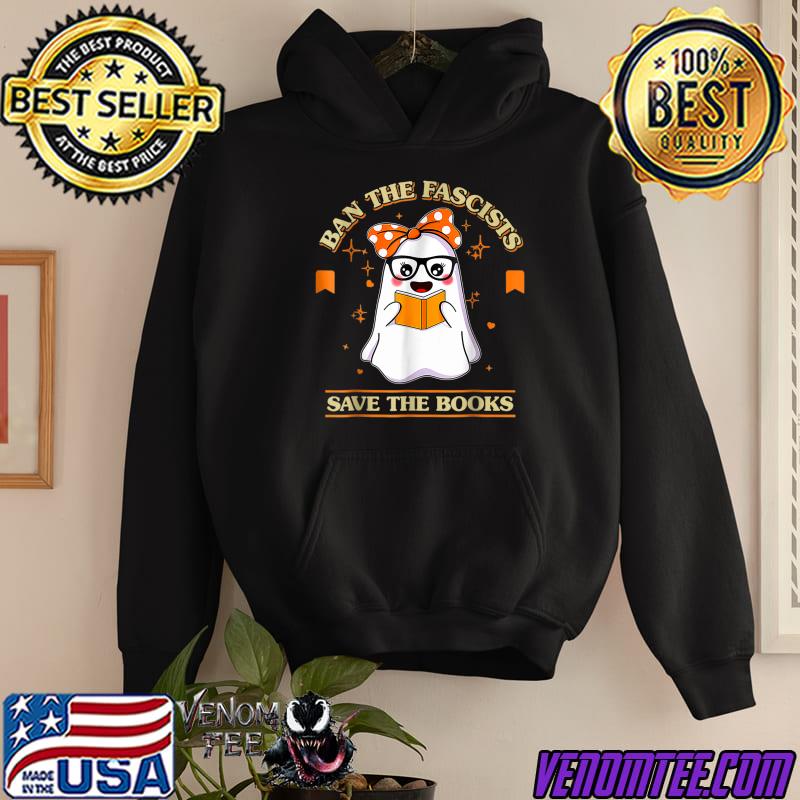 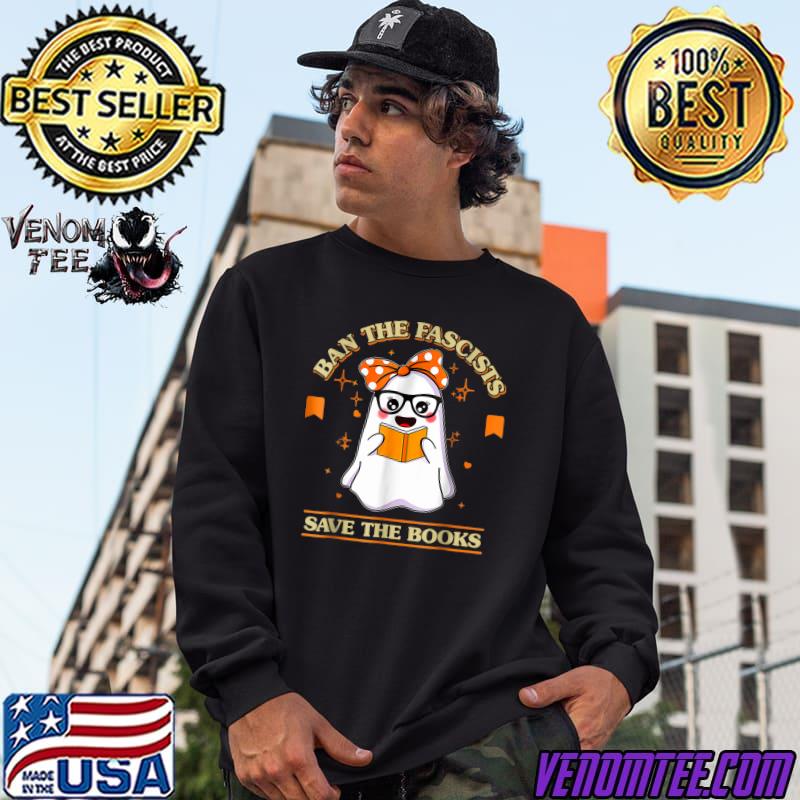 PvP is clearly suppose to be chaos in this game and anything short of exploits (like AFK farmers) is fair game and you shouldn’t be bitching about it! I get you. You have to actively look for the Retro Ghost Lady Halloween Ban The Fascists Save The Books T-Shirt in addition I really love this story to see it. Like d1 and its shitty grimoire system of storytelling. Yeah froms actual storytelling was never good (they came kinda close with Sekiro at least). The problem with ER is that the lore also isn’t all that engaging imo. I mean Bloodborne is in a league of its own in general, but it’s not even gripping me as much as Dark Souls stuff. Exactly. The lore and storytelling just isn’t all that great in the first place. It’s all about the gameplay and exploration… I mean I would ignore NPCs and the lore in general if there wasn’t so much content aka equipment, skills, spells, etc. locked behind doing them all a very specific way. If you don’t do these things exactly you will ruin it and have to do it on a NG+. So that means constantly looking at guides or the wiki. I think that’s because ER is so open world, it’s easy to venture into areas that have no real Significance to the plot. Where as all other From games are very linear and each space is used to impart some aspect of the story. Yup, also the fact you can encounter areas out of order fairly easily, which makes the lore all the more difficult to follow because From can’t even count whether you’ll read the Liurna lore before or after the Caelid lore. I think Lore wise the problem with Elden Ring isn’t so much as the setting, as it is the lack of impetus for us to be there. I noticed this while trying to make a story for my Tarnished.

In Dark Souls I could imagine my character as a disgraced Knight who was sent to the Retro Ghost Lady Halloween Ban The Fascists Save The Books T-Shirt in addition I really love this Asylum when it became clear he was Undead. I had even had this little scenario in my head where my character in Dark Souls was able to hide his undead nature for a time. Pretending wounds he received in battle weren’t fatal even though they were. In Bloodborne it was even more open to why you would come to Yharnam. I pretended my character was a doctor from a small village who was looking for a cure for cholera that was infecting his community, only to become entrapped in that eldritch horror. I just don’t feel that kinda of pathos with my character in Elden Ring. I’m Tarnished, but I feel no connection to what I’m doing. I’m trying to become Elden Lord, but the game doesn’t really explain what that is. Am I suppose to have children with Marika? Am I suppose to conquer other nations? It also doesn’t help that your character is overshadowed by other characters in Elden Ring more then any other Fromsoft game. It doesn’t feel like your story, it feels like you are just there for other people. The most fleshed out ending is Ranni’s ending, not you’re ending. Meanwhile in Bloodborne the ending where you become a squid feels earned cuz it was you uncovering the secrets, finding the umbilical cords. Nobody knew what would happen, and neither did you.