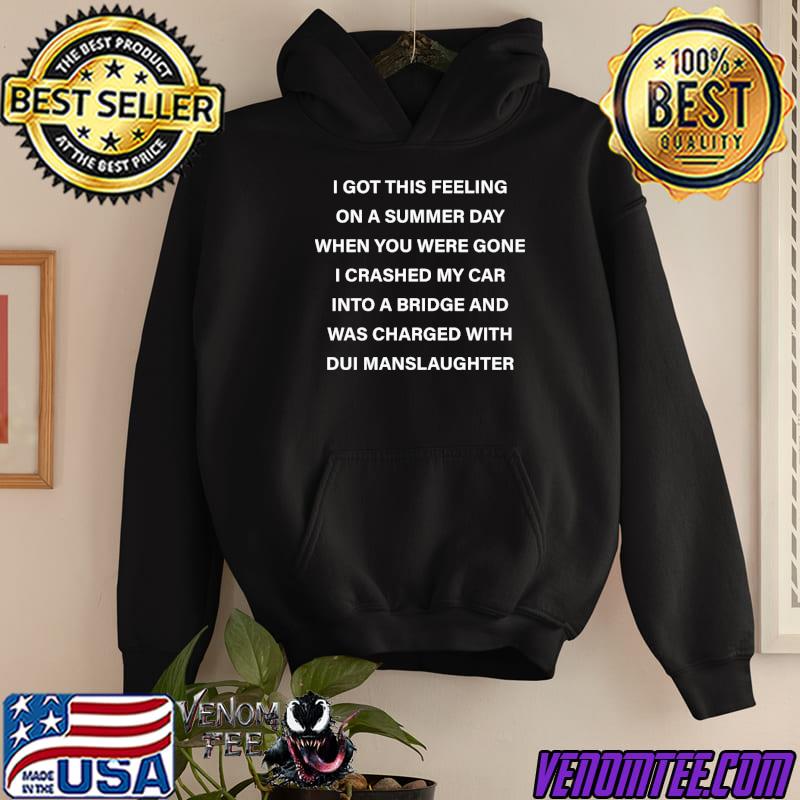 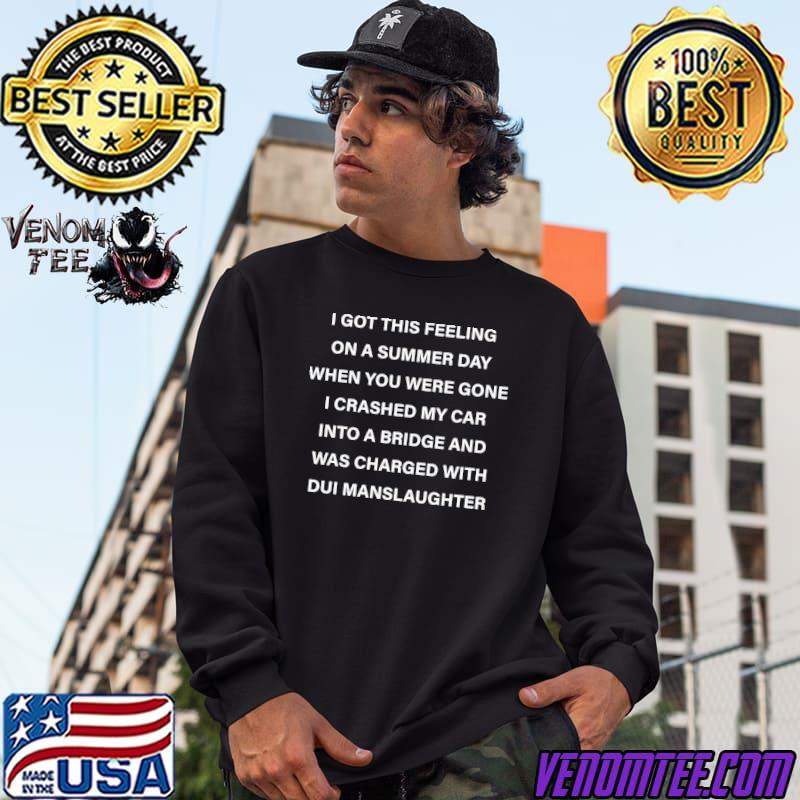 The left is acting like it has no clue that we’re actively at war with the I got this feeling on a summer day when you were gone classic shirt moreover I love this other side, and the Right feels righteous in this war, they absolutely want to replay the civil war and anybody even remotely left leaning is in danger both from Republican leadership and the stochastic terrorists that they nudge to action. A friend of mine has a theory that the farthest of the right have entered the end stages of their cult. They are actively trying to destroy society because they wholeheartedly believe they will be saved and reach heaven. They don’t give a shit because the righteous will enter into a new, better realm. It’s completely plausible. It’s no different than what most cults do, except in this case, they’re trying to make us all members. Immediately follow this with much fanfare and congratulations for the GOP members who will surely join a bipartisan bill to ensure the shitty thing they oppose never happens.

I got this feeling on a summer day when you were gone classic shirt, hoodie, tank top, sweater and long sleeve t-shirt

What’s funny is that you CAN trust them to do something shitty if they say they will do something shitty. If they bring up something shitty, they’re going to do it. And stop fucking talking about the I got this feeling on a summer day when you were gone classic shirt moreover I love this crazy shit they say on every fucking news media channel. Especially when it’s a really crazy viewpoint with zero basis in fact. I don’t care if crazy pants MGT has a melt down. Let her constituents newspaper cover her crazy. Continually pumping it up in the national media just makes it so that everyone suddenly has to “react” to it, spend column inches knocking it down, and further increasing the SEO for her stupid ass crazy ideas, giving them “legitimacy” and playing right into their hands. Want to get rid of MAGA? Fucking ignore it. Yes, deal with the crimes and prosecute the traitors (and fast) but stop talking about them. Suck the oxygen out of the room and suffocate their crazy bullshit – AND give the less crazy responsible adults in the room more space to talk. If you MUST talk about it NYT, WashPo, then put a page in every edition that says “weird crazy shit maga is saying this week” and just list it out. Then move the fuck on.