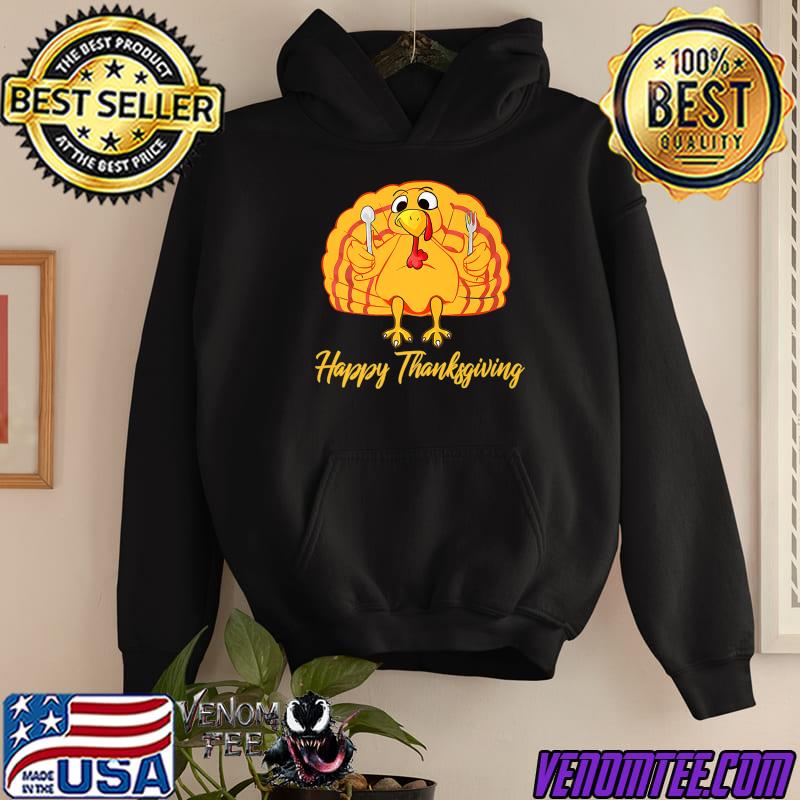 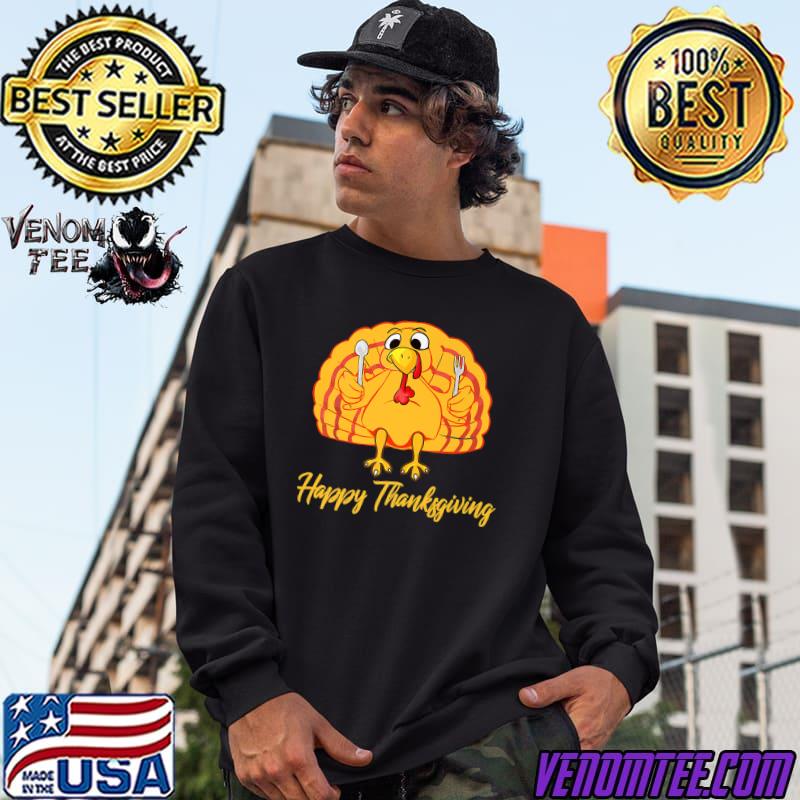 Someone on this sub once yelled at me for farming runes to level up. Even though it is like 500k runes a level at this point and I made that clear. Elden Ring is not a masterpiece, it hasn’t redefined the Happy Thanksgiving Turkey Day Thankful T-Shirt Besides,I will do this industry and the Open World was a mistake (disclaimer: I’m not saying its a bad game, just that its not 10/10?) The best parts of the game are the Legacy dungeons that revert back to the old souls formula. Everything else is just copy-paste content spread across a massive canvas that you have to traverse on the back of a very slow (and shitty) horse. The old DS1-style ‘open world’ is so much more satisfying and unique because every inch of that world is as highly detailed as a Legacy dungeon, it all links back into itself and you can tell everything from the enemy placement to the level design and aesthetics had an insane amount of thought and heart put into it.

I can close my eyes on the Happy Thanksgiving Turkey Day Thankful T-Shirt Besides,I will do this steam store and pick a game at random and chances are I’ll find a similar open world-type experience to Elden Ring. That’s not true of the old DS1 formula. Elden Ring also hasn’t taken any steps at all to copy or improve upon the many innovations and QoL features we’ve come to expect in open world games. Having some sort of way to tell on the map that I’ve completed X cave, but not Y cave would be a godsend. There are no interesting traversal mechanics. Fall Damage shouldn’t exist on Torrent. Period. The Spirit Spring should be an ability we can activate ourselves on-demand, whenever we need it. Its obvious they were influenced heavily by BotW and the Witcher, but in BotW you can fly, dodge, summersault through the air, throw weapons and shoot arrows in slow motion; climb anything, SWIM, shoot up waterfalls, and in the Witcher you have actual quests worth a damn and a way to keep track of them. In Elden Ring you have a janky jump, a mounted double jump (that has been bugged since launch) and you have to deal with bs platforming and fall damage. That’s it. The reason Elden Ring will not reshape the industry like DS1 did is because it doesn’t do anything unique or significantly different. It has no new ideas. Its DS3+ some open fields. Its biggest selling point are the vista’s and sense of scale its able to create, but most of that is lost when you get there and realise there’s nothing unique to interact with or do, most of the vista’s are completely hollow and every facet of the game boils down to combat. Its like a melee shooting gallery that never ends.