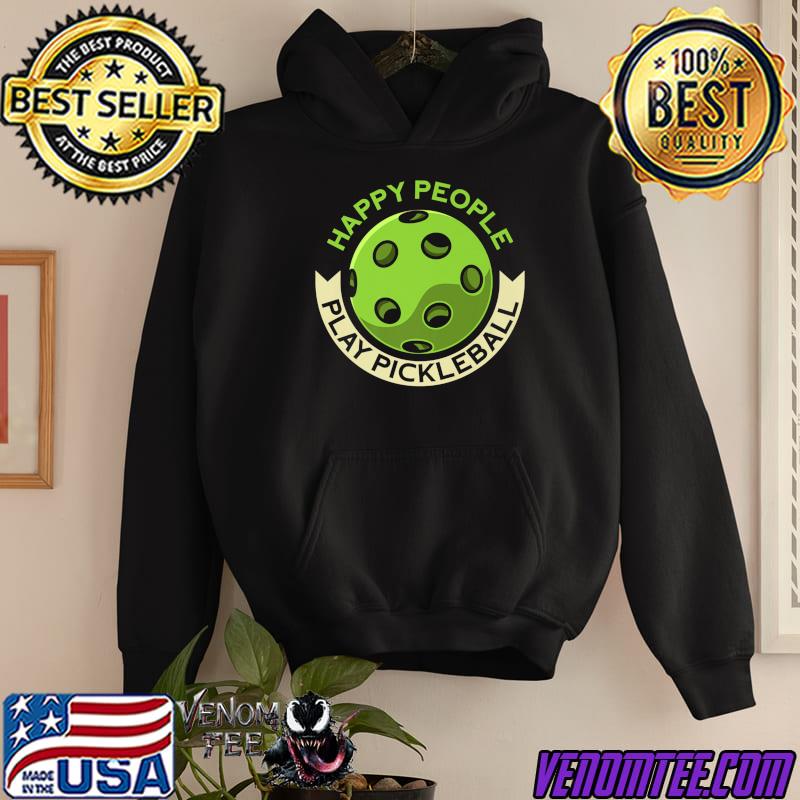 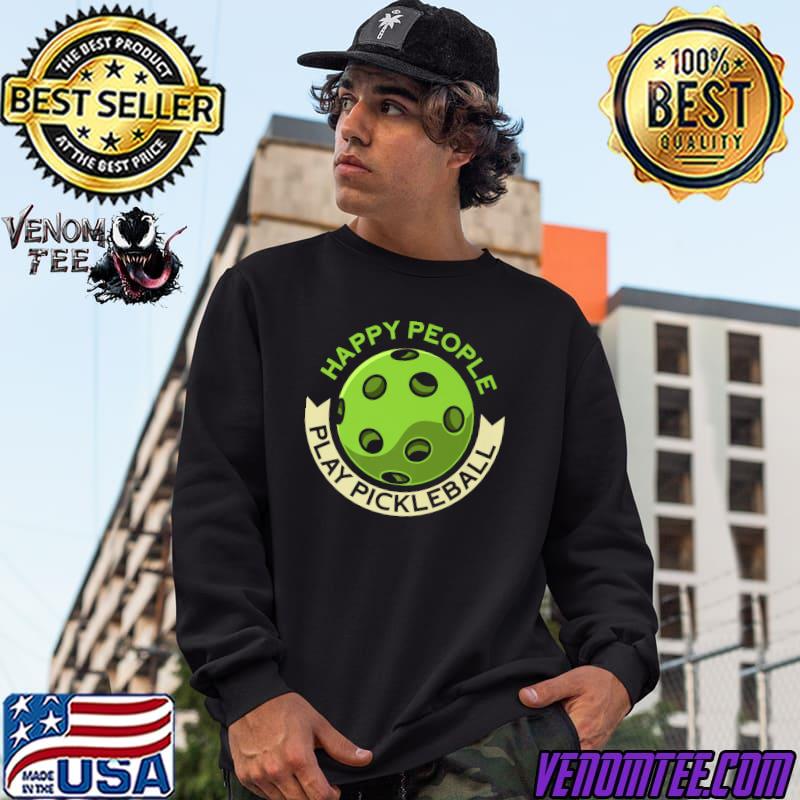 PvP and invasions suck and while PvE wise it may be the Happy People Play Pickleball Sports T-Shirt Additionally,I will love this best in the series, the multiplayer is the worst in it’s current state. Having Astel the Naturalborn show up out of nowhere in a frost cave is a ridiculous decision and it basically destroys the impact of the boss’s first appearance. It’s such a shame because if we look past that, Astel is one of the best and most visually stunning bosses in the game. Some other bosses like Mogh or Godfrey showed up twice, but they were always resurrected/ghosts like with Margit, or they were literally apparitions who were astral projecting to fight you, like Mogh. It was never like, “Yeah you killed Mogh in the flesh in this dungeon designed around him, but here’s just another Mogh 40 hours later in some random cave.” Not a bad game, but compared to the other Souls games, it’s the worst. It’s too big, the enemies and boss fights are way too repetitive, and it’s inconsistent. The previous Souls games are well-constructed, tightly-knit and balanced.

You don’t have to Get Gud. You don’t have to play 15 hour a day to beat the Happy People Play Pickleball Sports T-Shirt Additionally,I will love this game in the first few days of release. You don’t have to use meta builds or avoid broken builds. Want to use Rivers of Blood? Use it. Enjoy Moonveil? Use it. Enjoy a mage build that isn’t optimized? Cool. Have you played 200 hours and are just now getting into Calied? No problem. Dont want to spend 15 days learning the exact dodge timing to fight beyblade? Summon away, just be helpful and thank them. Just have fun playing the game. However, if your version of fun involves dicking other players over, (corrupting their saves, using cheats to have infinite health in pvp, afk rune farming in pvp, etc.) you can fuck right off and slurp down a 10 lb. bucket of rancid donkey dick.