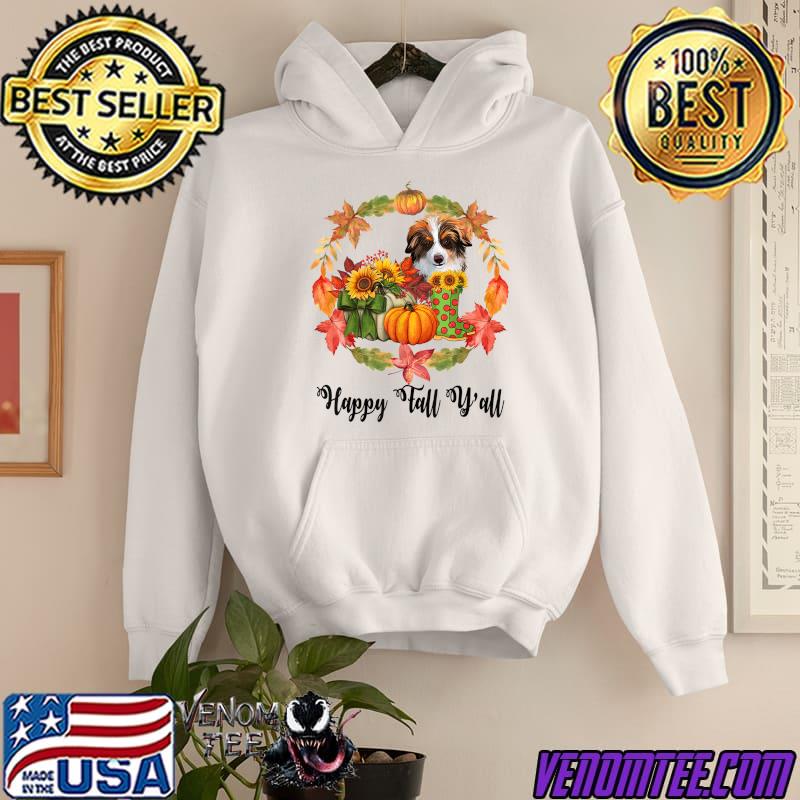 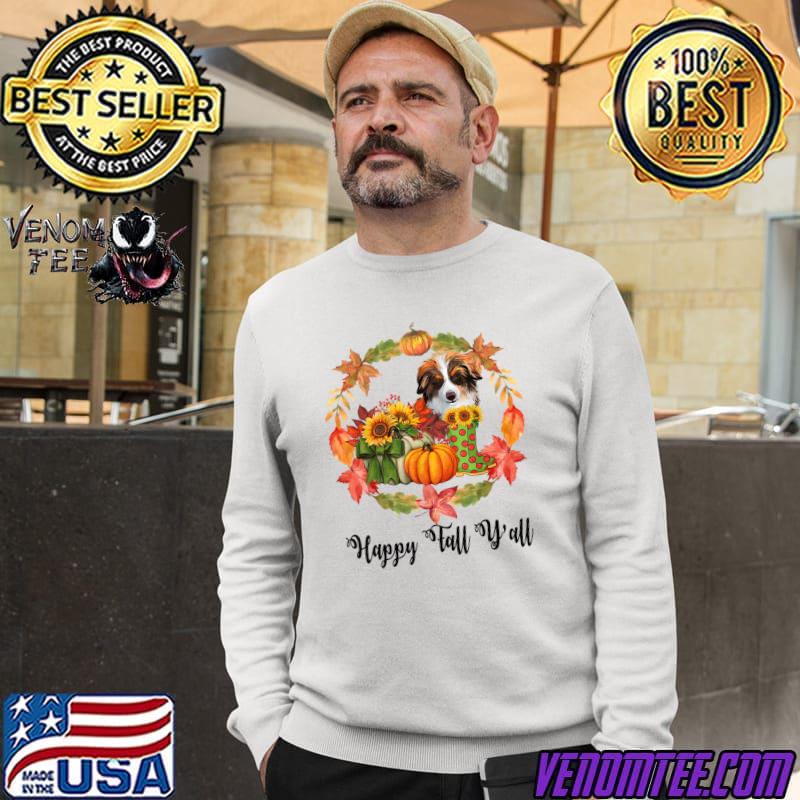 PvP doesn’t live up to the Happy Fall Y’all Australian Shepherd Pumpkin Autumn And Sunflowers T-Shirt also I will do this rest of the game. Both major and Lesser bosses have so much atmosphere and story to the fights, it’s always a thrill. PvP feels like an after thought that sometimes happens and when it does, it doesn’t affect story or anything at all really. I feel sorry for the dung eater. His actions and intentions I despise. But his situation and place. Anyone else feel kinda bad. Status procs shouldn’t stun you. If you get knocked on your back out of the air you shouldn’t be invulnerable. You should take double damage if anything I feel like they make sense for the most part though? Sleep, madness, and frostbite all make sense. Bleed is the one I don’t understand though. Losing blood/getting cut as a fighter/warrior is commonplace.

Not even a hot take, this is just a fact. Nobody wants to fight 3v1, especially when the Happy Fall Y’all Australian Shepherd Pumpkin Autumn And Sunflowers T-Shirt also I will do this 3 are using OP weapons/builds at the same time. If you invade and get ganked while the host is just trying to progress, then you have no right to complain. You were trying to halt their progress and they stopped you by any means necessary, as they would with any other enemy. If you want people to care about your imaginary rulebook, put down a duelist sign. I’d go so far as to say, in a world filled with overleveled phantoms, they may even be a valuable balancing force. Dunno of this I’d controversial but the character interaction plus story kinda sucks for example; D gets stabbed nobody even cares which is unrealistic af and you cant chat with people even if its the same lines repeated