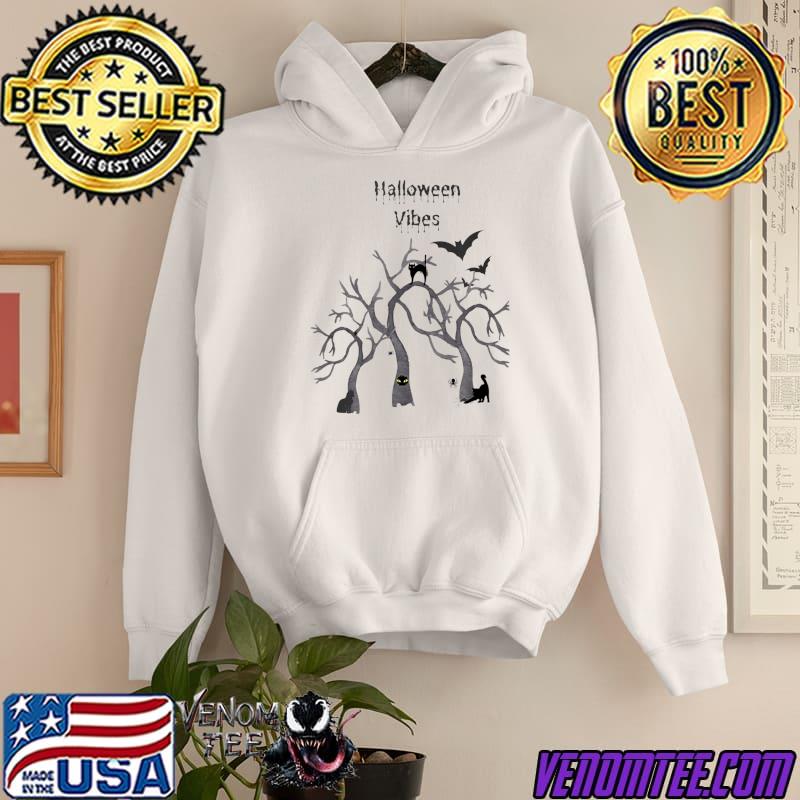 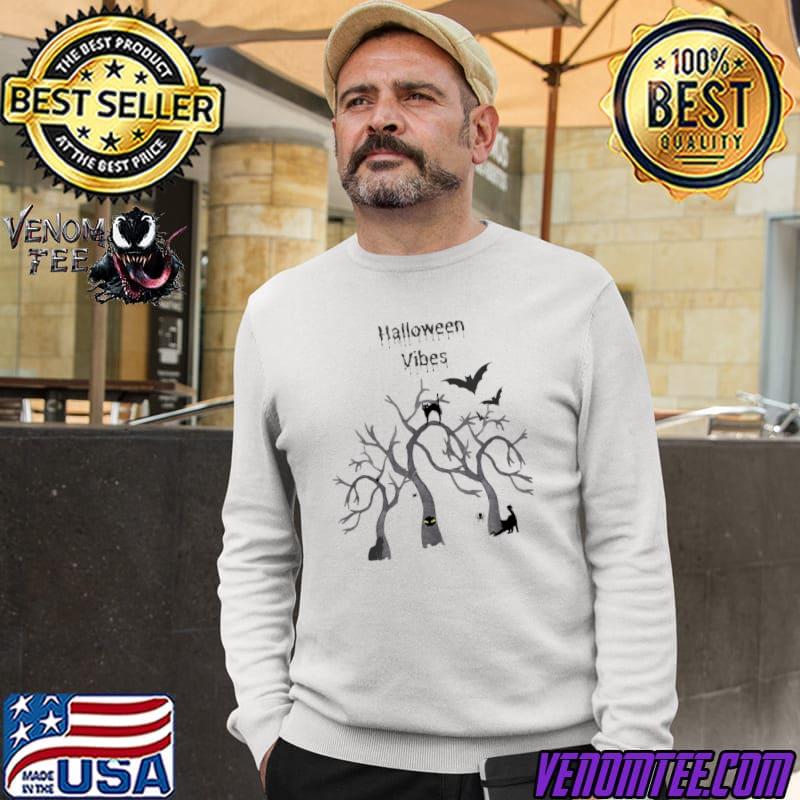 Actually, talking about godskin duo, the Halloween Vibes Tree And Bats And Black Cat T-Shirt it is in the first place but gank bosses are one of the main ways you can tell the AI is crap. In previous titles, you would have to be aware of both movesets, but it was kinda like “okay boss A made an attack, so I can punish them, then I have to be aware that boss B will attack right after so I have to back up.” But with Elden ring, Duos don’t give a fuck. Their “punish from range” script is still on, so the moment you make an attack on their partner as a punish, they will hit you with their own attack to prevent you from doing so, meaning the only way to beat them is usually to find a spot to 1v1 one of them, run around when the second one is able to hit you to lure them to another spot to 1v1 until the bosses are dead. If you summon a spirit, then it basically becomes a 1v1 till one boss is dead, and a 2v1 after that. And if you summon an ash with multiple, then the boss’ AI gets ducky and they can’t decide who to attack or what attack to use.

No thought was put in how boss attacks combo into each other. A lot of them can be used twice in a row or just alternating between 2 attacks. Invasions shouldnt be a thing. It just stops people from wanting to play co-op and just put signs down at boss fogs Bosses shouldn’t be a thing. It just stops people from wanting to explore because they may have to fight a tough guy 🙁 It balances co-op, invaders have disadvantage in numbers 8 out of 10 times, and it’s probably gonna be two overleveled phantoms with Katanas and magic Fire Giant is a pointless DPS wall in a game full of huge DPS walls. The 4 kings actually had tension and didn’t take 20 hours. Fire Giant is the Halloween Vibes Tree And Bats And Black Cat T-Shirt it is in the first place but most irritating boss in the series. Maybe the most irritating thing I’ve ever seen in a game. At the most, he takes a 30 fucking minutes to beat with fun, mostly upgraded weapons, and at the least, you have to blow 2 larval tears respeccing to a Sword of night and flame or Katana bleed cheese build. I ran at him with a zweihander and it took like 5 minutes across like 3 attempts at lvl 90 or smth. Really feel like this sub fought a different fire giant than me I don’t mind anything that anyone uses. I love a challenge. I myself am a stars of ruin user. I love when everything is super strong. Use whatever you want to win, offline or PvP PVP should be capped at lvl 99. Want to use giant crusher one shots? or launch kahmhehamahs at people? Sure, but you will have to sacrifice in other parts of your build. Also I’ll ad as a note PVP balancing in any game boggles my mind and is extremely difficult.