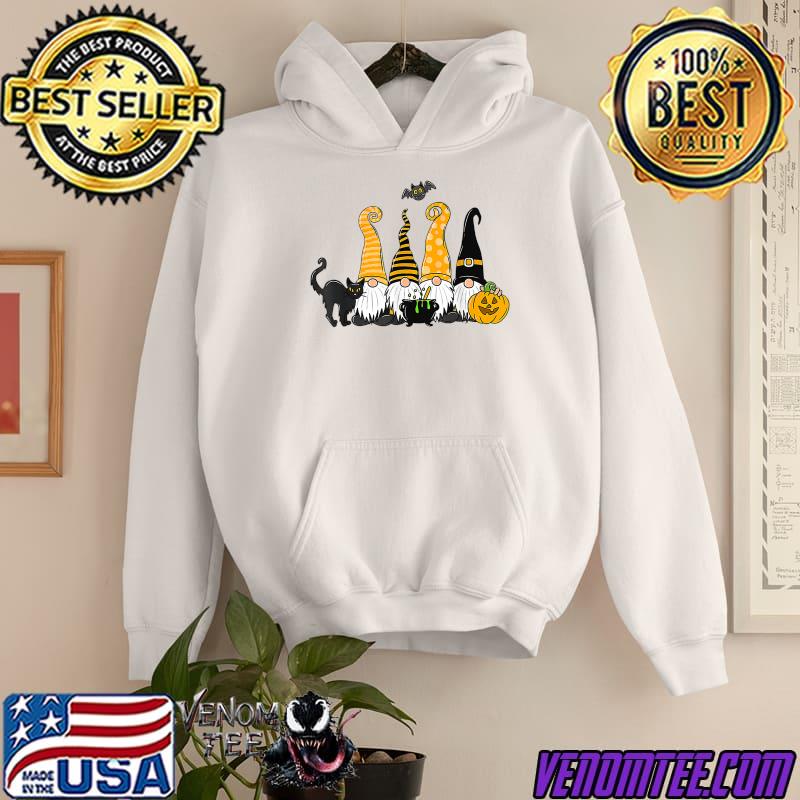 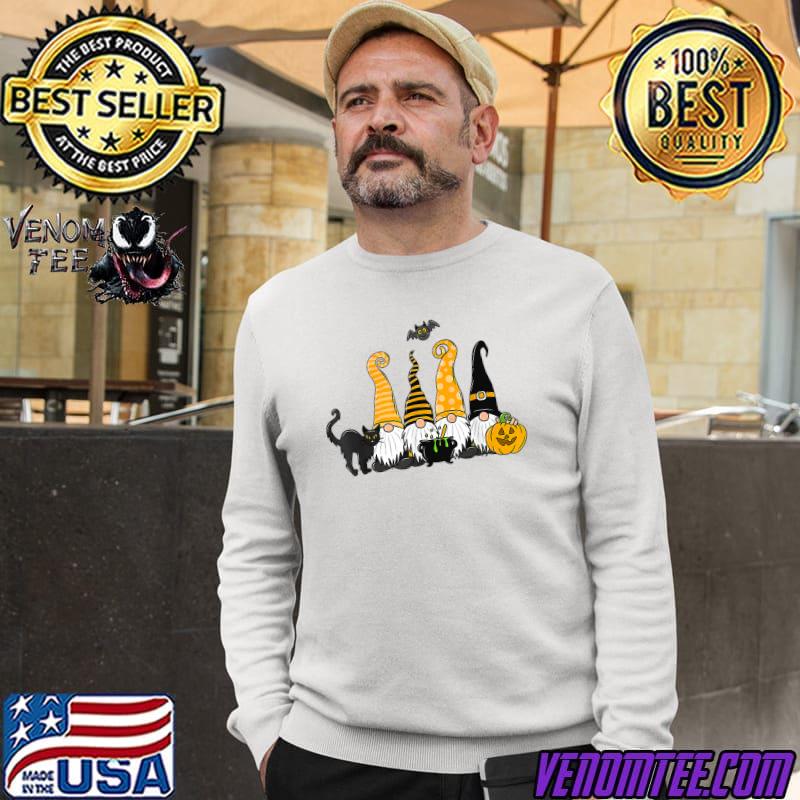 I hate Elden Beast and the Halloween Four Gnomes Cute And Bat And Black Cat Autumn Pumpkin Fall Holiday T-Shirt and I will buy this wyvern fights suck (Lansseax, Fortissax and Placidusax don’t count as wyverns tho, they’re actual dragons, just wanted to make this clear so no one thinks I hated them too). Edit: Forgot to add, Mountaintop of the Giants is my least favorite region in this game, reused enemies and bosses (golems, trolls, imps, bats, those stupid eagles, giant crows, Caelid dogs, Liurnia’s giant hands…), less quantity and quality overall (less dungeons and the only ones that are there are just like the ones you encounter in Limgrave anyway)… And the Fire Giant… Cool design, but I hated the fight, because even if you don’t use lock-on, as a melee user you just can’t see shit for the most part during the 1st phase, the 2nd phase tho is a bit more manageable on horseback because you can actually see his entire body now, but still, camera has always been crap for big bosses (cough Nameless King cough). Game is too long. weirdest take ever i know but for my new games i always stop as soon as i reach the earthtree. snowfield etc is just meh. haligtree is great though.

Enemies should not be able to hit you through walls and should suffer same repercussions for hitting walls as the Halloween Four Gnomes Cute And Bat And Black Cat Autumn Pumpkin Fall Holiday T-Shirt and I will buy this player does the out of combat AI needs to be better (see nr 2, let them hit walls but dont make them super stupid skyrim level “must have been the wind”) Any build at level 150 that takes longer than 45 seconds to kill any boss in the game is absolute dogshit. Elden Beast may be the exception there, since it swims away and not every build can have the means to stagger it. You just shouldn’t be doing less damage at level 150 than all remembrance speedrunners do at level 1 without going out of their way to get all desitable talismans. Anything that implies the game is overrated. Criticize literally any part of the game and people are after your throat. The amount of genuinely constructive (if a little angry) posts that would most likely promote actual discussion within the community get buried in new, while the same 3 or 4 reused memes or questions continue to make it to the top. I’ll get downvoted for posting/commenting clips of the broken mechanics/animations/design choices, or for linking a literal 10+ minute video breaking down frame-by-frame all the rules that Malenia breaks. And the same broken parrots that mindlessly claim that this is Fromsoft’s “magnum opus” are awarded. People should stop complaining about op and meta builds and actually just overcome them (point of these games is to overcome challenges after all) Whenever I get invaded on the way to fight a boss with my buddies I use Rivers of Blood. I suck at pvp and just want to fuck up a boss not battle invaders ya know?