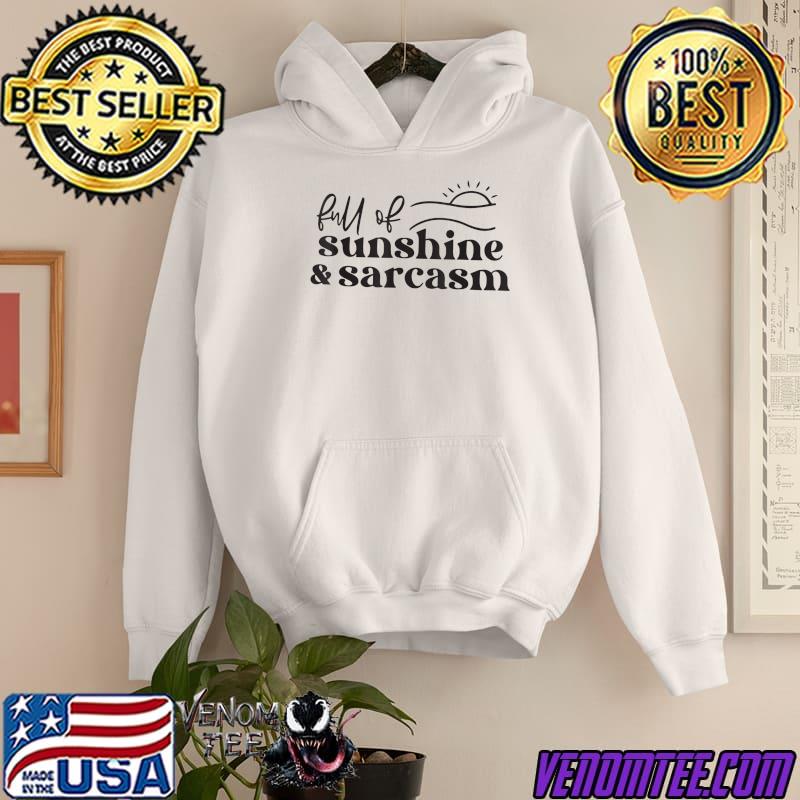 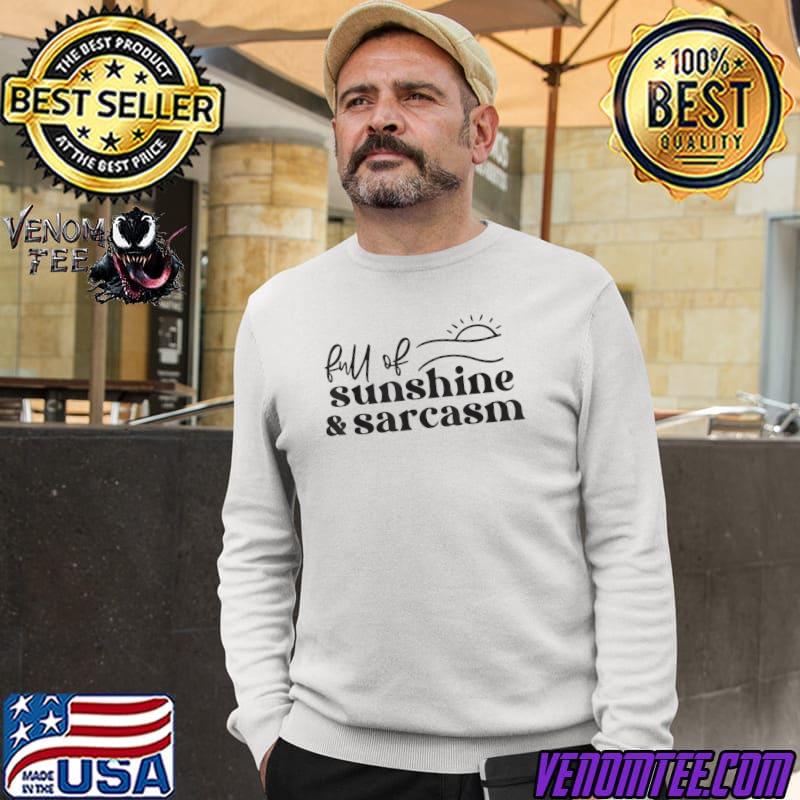 Full Of Sunshine And Sarcasm T-Shirt

i just wanna chill out and vibe with the Full Of Sunshine And Sarcasm T-Shirt and I will buy this boyis without some tryhard invading us and running towards mini-bosses and enemies. like if you’re gonna invade, don’t be a coward and try fighting head-on. people hate RoB way too much. Despite it being much better than say a colossal sword, it still requires still to beat bosses like maliketh, malenia, radagon, placidusax, etc. Sorry but you don’t need skill whatsoever to beat all of those bosses with rivers of blood. The only one that would be troublesome is maliketh because he’s always jumping around i’m sorry to burst your bubble but believe it or not, you still need to learn the boss’s patterns, and learn when to punish I feel like rob builds are like the only builds that you don’t have to know the bosses movesets, unless of course they are immune to hemorrhage I just spammed L2 on all of those bosses facetanking and won easily, then did ng+ with dual bandit curved sword and it was even more stupid. I’ve gotten hardly any satisfaction out of elden ring, the only time I do it’s in a “legacy dungeon” or a catacomb I wish the lore was a little more concretely laid out. Even after my first playthrough, I really still had no idea wtf was going on. I see people here discussing takes on the relationships between shardbearers, and sure, if I put more time into it I’d probably get it.

I wouldnt mind having a journal. I used map markers pretty religiously to make sure I would go back and do things I had skipped at the Full Of Sunshine And Sarcasm T-Shirt and I will buy this time, so that was nice. But even adding a journal with people’s vague quest prompts would help. Varre’s quest to soak the rag in maiden blood? No idea. Thanks fextralife. Couldnt give Seluvis’s potion to miss Loux which was confusing, of course fextralife was there for me again. VaatiVidya is great at putting together information and filling in the gaps in lore/story. Fextralife is amazing for quests and overall player help. I do agree with you though, it would be easier on the player. FromSoftware needs to get their shit together, because I’ve tried nearly everything and I’m still getting stuttering every six seconds. It’s actually unplayable for me.