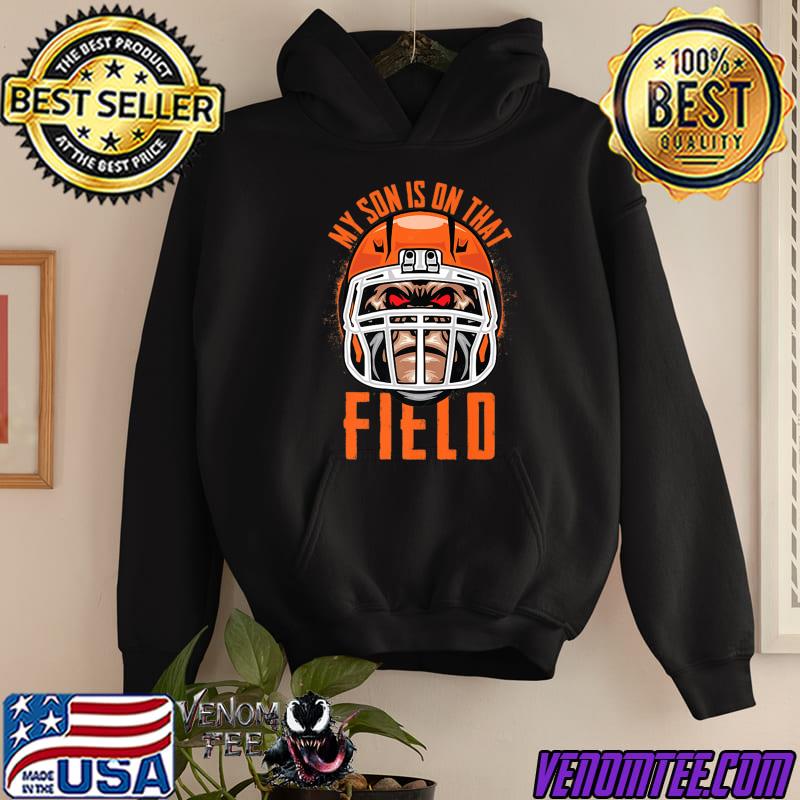 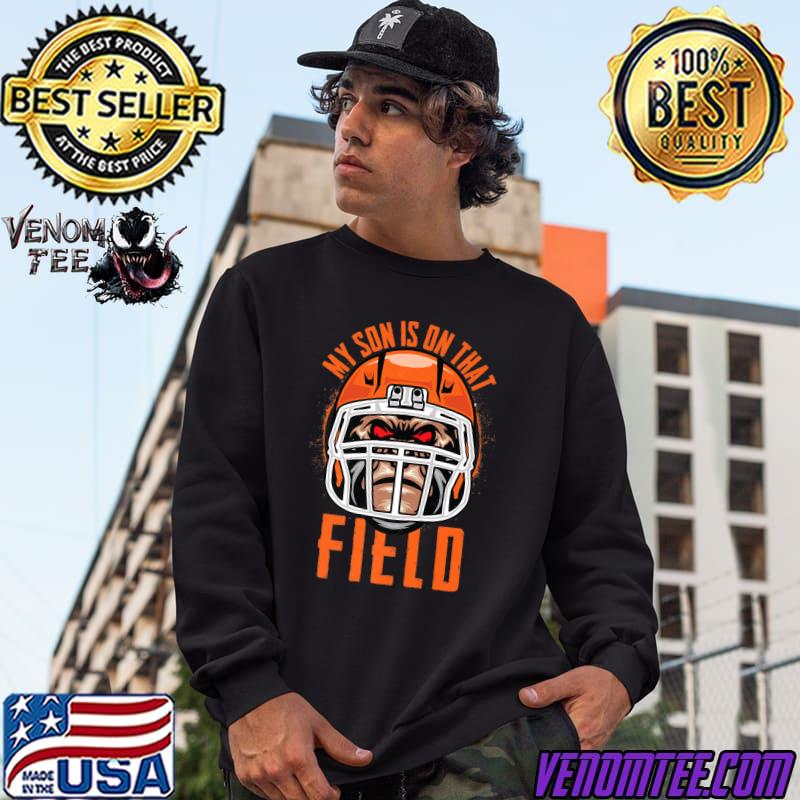 Football Fan My Son Is On That Field Bigfoot T-Shirt

Server disconnects but you also have load screen freezing and some intense frame dropping especially in high effect areas ex magma pools lake of rot and water bodies I like the Football Fan My Son Is On That Field Bigfoot T-Shirt and by the same token and use of reused/reskinned bosses, most of the time they have a unique twist that completely changes the fight Also, for most of them, their base model is really fun so it’s nice to be able to experience it again instead of just once per playthrough. It’s not as good as Bloodborne and Sekiro, and I liked when everything was designed like legacy dungeons better. That’s surprising, I felt the opposite. Fire Giant was just a big idiot who rolled around. High damage but really easy to just wail on, I think it took me maybe 5-7 tries? Mohg kicked my ass, granted I was not using any sort of status effect and it took me a while to realize you needed a certain Physick to help negate his life steal attack. Even then I think he does some crazy damage and the blood loss is super oppressive, you have to stick right up in his face the whole time Yea I have since fought him with frost and oh my god he gets destroyed by that shit. Even blood loss is really good too. I’m with you, Mohg took me two attempts and that was bc I didn’t know about the mandatory damage you have to be able tank. Fire giant was 70+ tries. Moonveil was good early game for my mage/sword build. It scales with INT, which helps with magic too. The staggering effect of the L2 is dope. It stops most small and medium enemies on their tracks. Late game, not so much. I did a rebirth and am now rocking the RoB. I don’t play PvP, so I don’t care if it’s not fair. I want to beat the game.

even with 60 vigor the Football Fan My Son Is On That Field Bigfoot T-Shirt and by the same token and strong r2 does like 70% of an hp bar… relatively easy to dodge though if you expect it I don’t think any bosses are overpowered or “overtuned” and calling them RNG is just an excuse. The “late game difficulty spike” is fine. It was never funny, it was cool tho, deffo got old incredibly fast, the offshoots like let her solo me where quite funny but that got played out even quicker But yeah, LMSH and the memes surrounding them just felt like more ways that Elden Ring fans can be mad about Malenia. If there’s one thing the internet is good at, it’s taking an amusing joke and completely running it into the ground until it loses whatever made it funny in the first place. who cares ffs, I bet it makes him feel bad about himself by now the way everyone acts. It’s just funny, it does not affect your experience, if you don’t like a meme downvote and scroll further. It’s an insane memory for that dude, why hate on it, I sincerely dont understand. Malenia is a fair and balanced boss fight. Just because she’s difficult doesn’t mean she’s unfair, you just need to git gud Edit: Hello everyone, I just wanted to remind people that the title says *What Elden ring opinion will get you put here?*