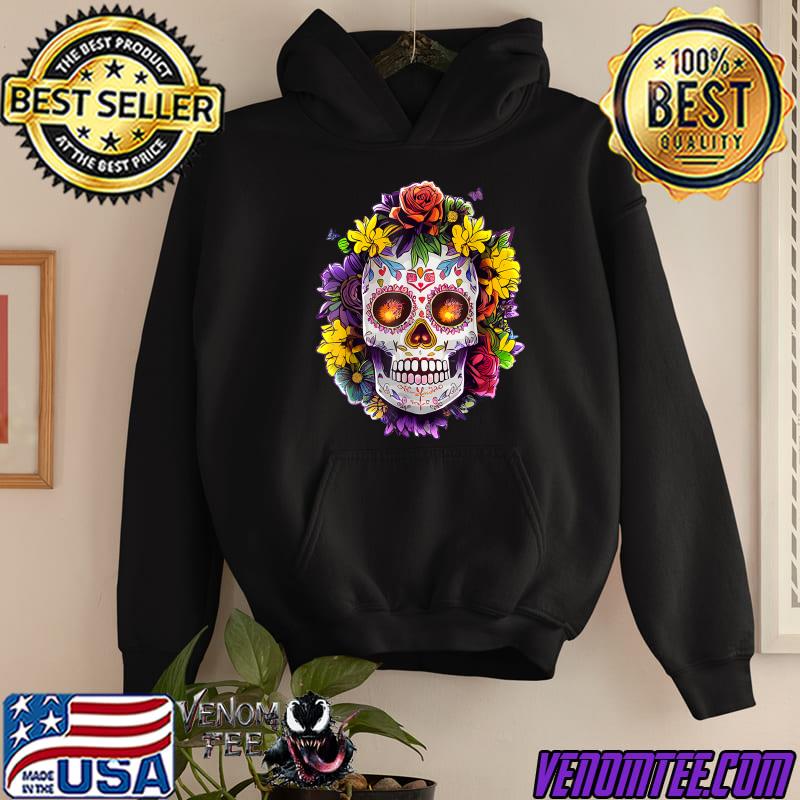 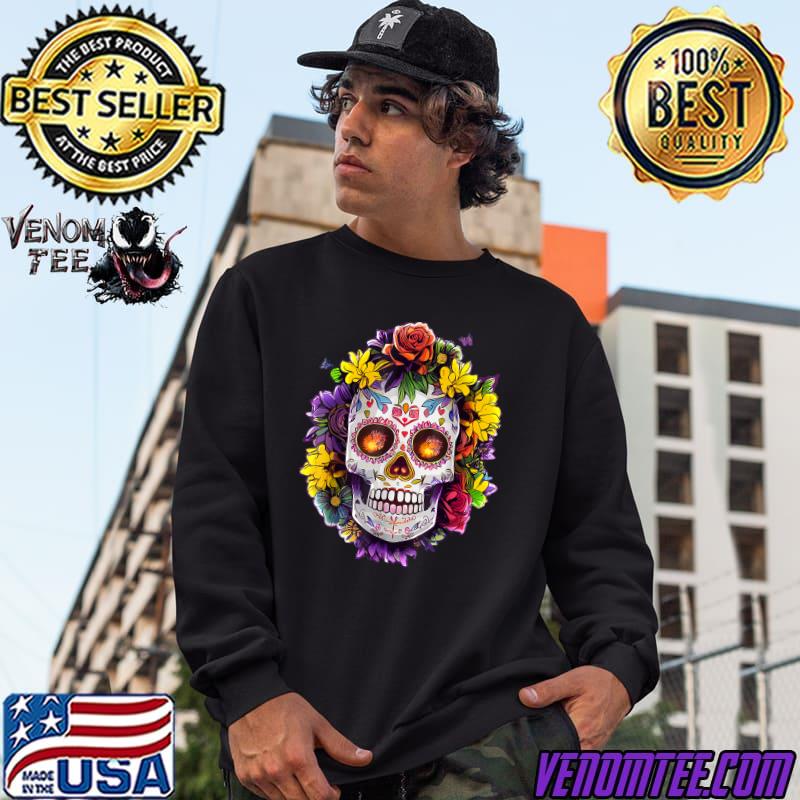 He gave me a hard time but unlike most people I actually enjoyed fighting him, and I loved his cut scenes. But I have to disagree with you on his roll distance. He rolled the Floral Sugar Skull Day Of The Dead Dia De Muertos T-Shirt Also,I will get this ENTIRE way across rhe arena every… single… time I fought him. I could not have beaten him without torrent and I’ve tried with my friends, near impossible if you ask me The bosses really aren’t that fun, they have a lot of gimmicks that make it more frustrating then amazing. Ds3 and sekiro had better bosses, take for example mohg’s move he does when he hits his second phase. Took me forever to learn you have to have some tear thing for the wondrous flask. Dark souls 2 pvp was the absolute height of from PVP without a doubt. No real spam, every single build was entirely viable, and the “meta” was less of a build and more of a armor set that everyone learned to hate. Dark souls 1 is just backstab fishing, Bloodborne I never had an chance to experience but I imagine it’d be a lot of parry fishing, 3 is nothing but parry fishing and WA spam (not to mention spells and miracles hit like a wet paper towel), and ER is nothing but jump attacks, attacks that land but are negated by the massive I-frames / server lag, AoW spam offs, and ranged mage spam. I’d agree ER is at the absolute low end probably tied with DKS1. I’m not saying you can’t enjoy it, but FS has never delivered a PvP experience that is anywhere close to “fair and balanced”

Lol but it’s a grab? Idk about you but I’ve never played a game where grabs can be blocked. They’re literally the Floral Sugar Skull Day Of The Dead Dia De Muertos T-Shirt Also,I will get this counters to blocking. The game would be better without pvp, devs not having to spend any time at all balancing things for PVE AND PVP would make the game better, just look ay sekiro. Eh, as far as longevity goes, PVP is a good idea. Having separate teams work on nerfs for PVE and PVP would be much better than the overall nerfs that go to both. I haven’t played the game on console but considering I have no issues whatsoever on my desktop PC (full graphics at 1440p with an I5 and 1060) and can even run it on my cheap-ish convertible laptop without a dedicated GPU (low details, full HD, smooth fps), I can’t see why this would be the case.