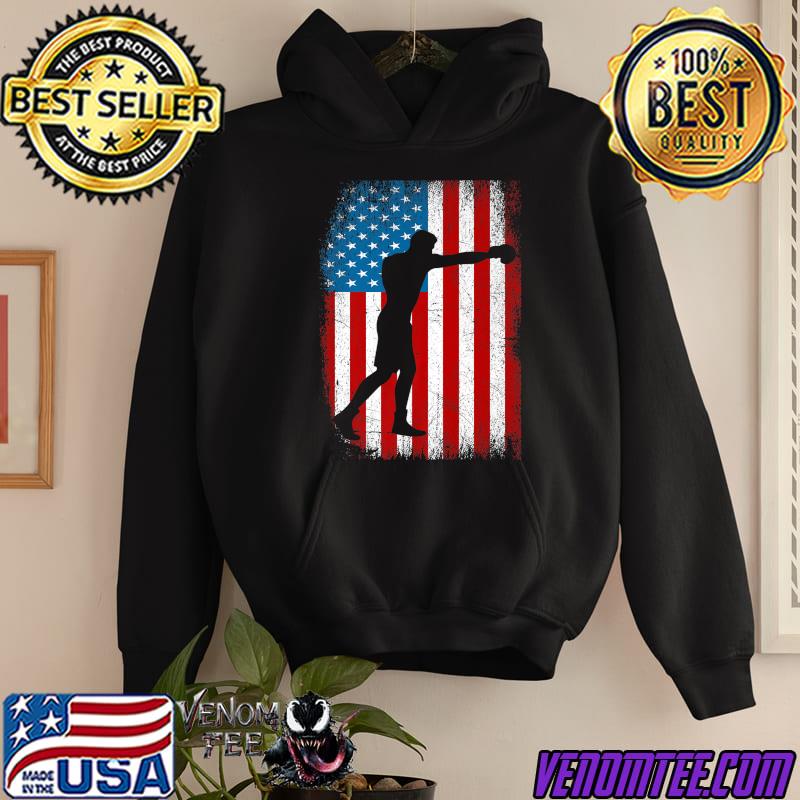 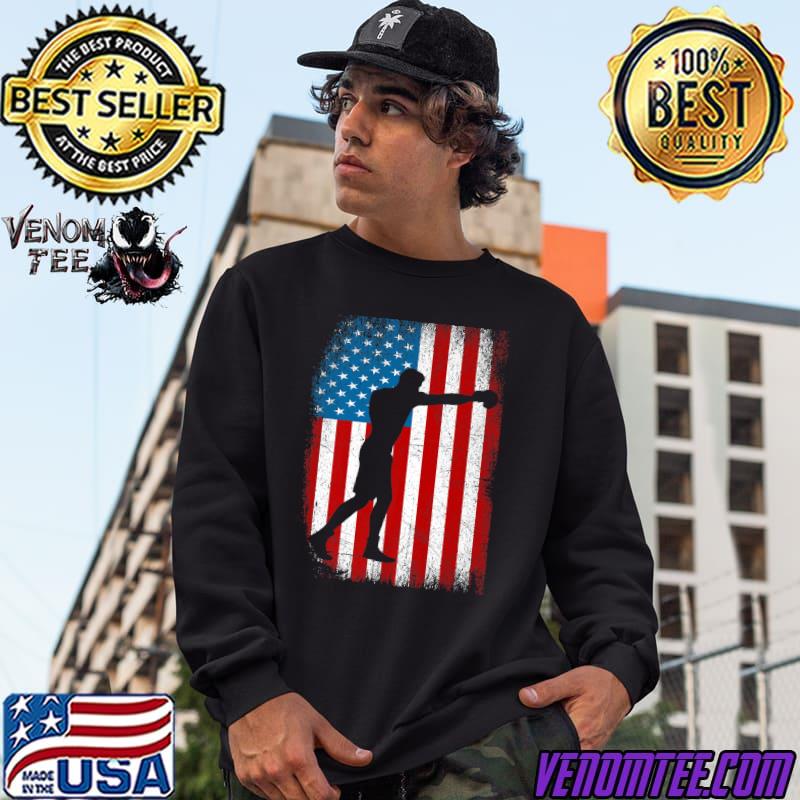 I just wish quality builds were still a thing. There is no point to not roll faith/int/arcane. They just do way more damage hands down. I much rather saying it’s the Distressed American Flag Vintage Boxing T-Shirt Also,I will get this most accessible in the series, because it is regardless of your skill level. If you’re looking for a challenge it is more challenging than other souls games I was about to say the opposite! I was downvoted for saying other games were easier. Elden Ring is my first one, so maybe it’s because I was bad. My DS1 playthrough went a lot smoother. Using a melee build, defeated Ornstein and Smough 1st try, and didn’t get stuck on DLC bosses. I used summons, spells, and moonveil in Elden ring, and still found it more difficult. I think we get downvoted because there are too many variables and everyone seems to disagree. What level were we at each boss? Did we figure out how to cheese them? What order did we do? Etc. I so badly didn’t want to agree but it does feel like those games just felt like more fun fighting the bosses and in elden ring I just feel like fighting them is a chore I don’t know why I don’t use a broken build or anything but I still find them easy but tedious I think when people say this they forget how many stinkers the base games had, the second half of ds3 has banger after banger but the first half was gimmick town be it those wack as deacons or the tree with ballsacks or that wizard that kept disappearing. Or BB, for every gerhman and blood starved beast there was a micolash running around or living failures existing or the one reborn spasming.

Sekiro’s the Distressed American Flag Vintage Boxing T-Shirt Also,I will get this exception, but I feel ER has the same proportion of radahns doing barrel rolls and morgotts to godskin duos and elden beasts imo Not really a thing specific to elden ring but it really exposed how toxic the “purists” are of souls game, if you use intel magic builds, trash, katana builds casually, trash, spirit summons? trash, summoned the NPCs vs Radahn? trash, got help from a friend vs Malenia? unfair and trash. Melania, if it’s the poison chick, was just a bad fight. I see no reason to be upset that people cheese it, especially in a game like this where the only person who might be considered to loose out in that situation is the person who beat the boss, and nobody else is hurt. The game should’ve been shorter. A lot of the asset reuse issues come from having to fill areas with content to pad the game.