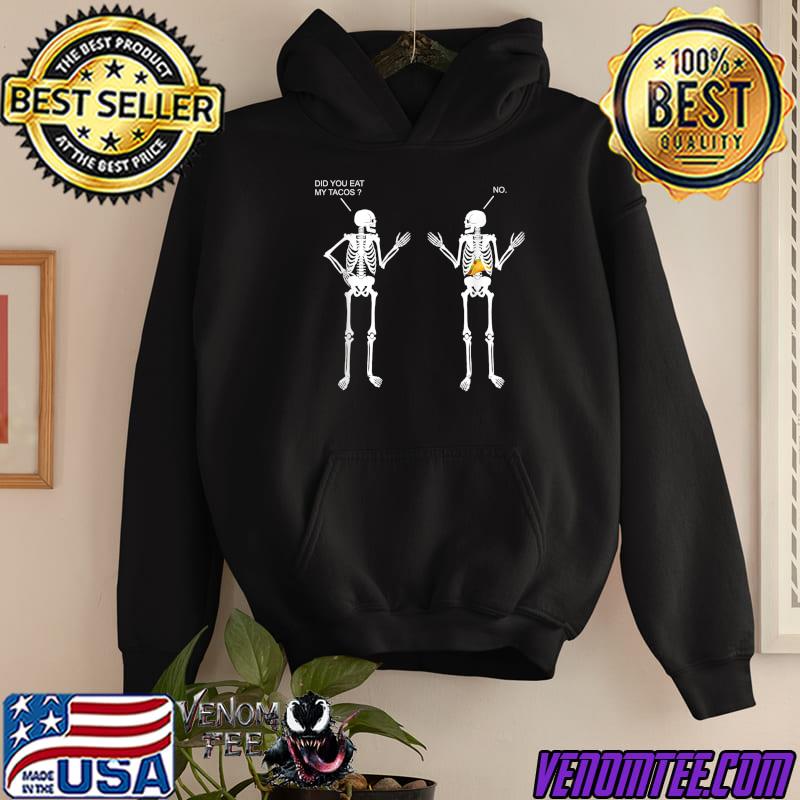 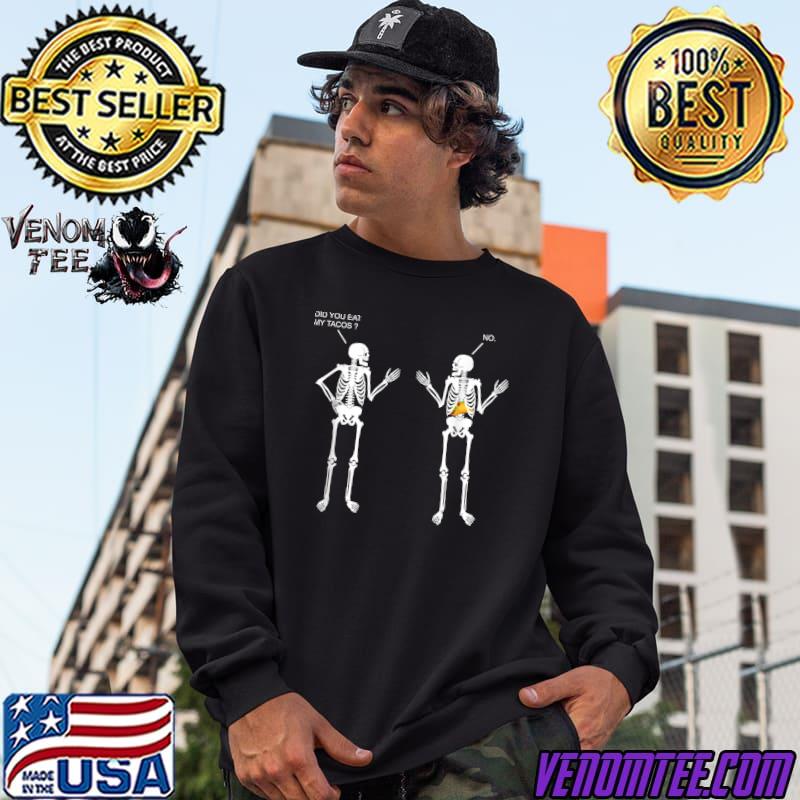 I’m fine with reskinned enemies because I’m used to it. Monster Hunter LOVES to reskin their monsters and just make them stronger or add one new move. This is what Elden Ring could’ve done more though. I like how the Did You Eat My Takos Two Skeleton With Tacos Halloween T-Shirt moreover I love this Watchdogs have different moves but man apply that to more of the reskins PLEASE. the world and gameplay are spectacular, really outstanding. however, even though there are over 100 bosses in the game, i can count on one hand the amount of boss fights i thought were good. I really dislike all the bosses where a bulk of the time (for melee builds) is spent chasing after an enemy. Dragons that fly away, Elden Beast, fights like that. I’d love to hear an opinion on why the stonesword key system is good. I hate having to manage keys and hated missing content because I needed to save keys. I’m in postgame now and have plenty to spare. I went back and got most of the missed out on stuff but it just felt like chore.

If I invade, I fully expect to get gobsmacked and ganked, have expected it ever since Ds3. Invaders need to understand it’s not like dueling and newcomers need to not hate on a system that’s been a thing since the Did You Eat My Takos Two Skeleton With Tacos Halloween T-Shirt moreover I love this very first game. Magic isn’t “cheap” or “easy mode”. It requires two limited, one finite, resources at the same time (FP & Stamina). Precision, timing, positioning, and knowledge of what will/won’t affect the enemy are necessary to effectively become an efficient mage. People who are mad at certain spams or spells are either just unprepared themselves, or lack the knowledge of getting around a problem mage. Mages who spam with no intentions of changing spells to fight a situation deserve every cheap shot a powerstance puts out.