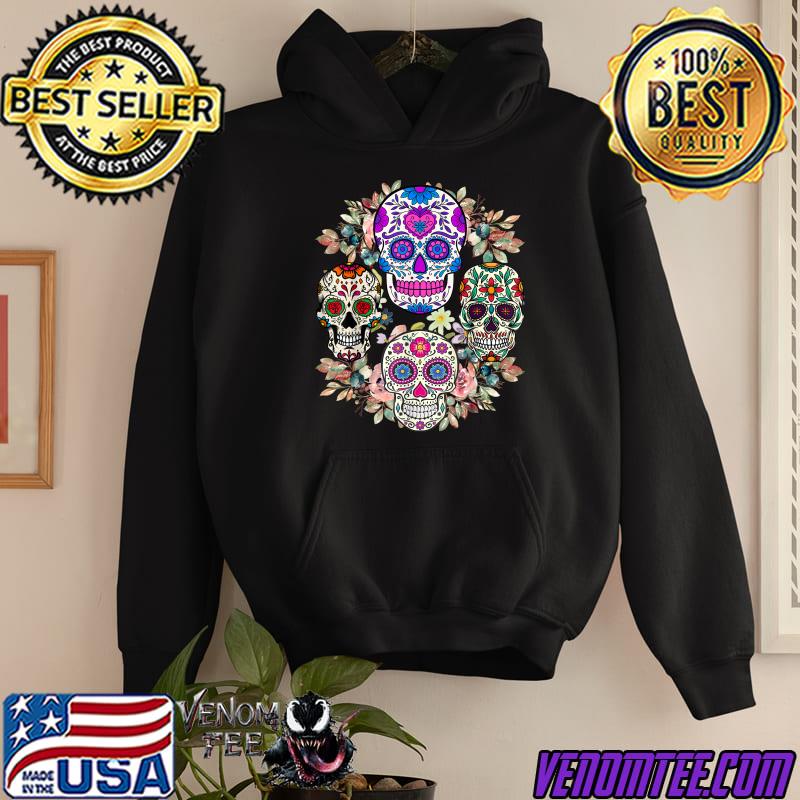 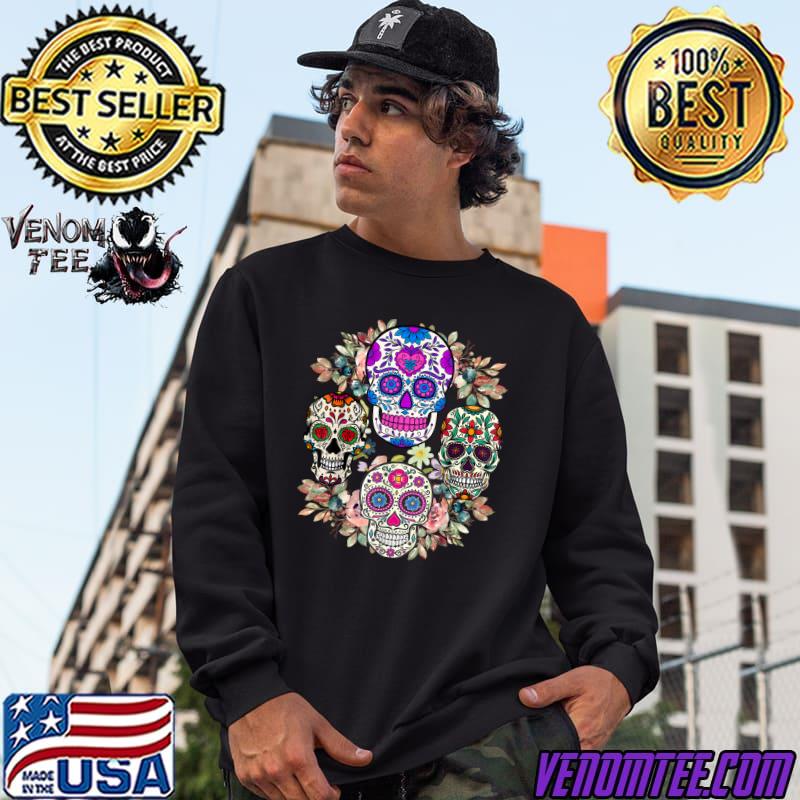 The sheer number of reused enemies and copy/pasted dungeons completely kills the Dia de los muertos day of the dead four sugar skull flowers T-Shirt In addition,I will do this exploration in the latter half. When everything feels new it’s a blast, but it’s clear the game is either way too big, or they needed a lot more time to create a lot more original assets and dungeon designs. The game is really strong up until the end of Stormveil (really impressive dungeon, even compared to DS3 and Sekiro) and start of Liurnia. After that, the overall quality starts to dwindle ever so slightly with each area until you hit rock bottom in Mountaintops. Stop telling people how to play PvE. If you do, you’re likely a sad pathetic loser who’s tied your small shitty life to loving a video game that was too hard for most average people to beat, not because you enjoyed the challenge for yourself like many others out there who don’t tell others how to play, but because you reveled in the exclusivity and feeling “special”. Now your hipster ass is throwing a fit your game got popular and not only are other people playing it and enjoying it, but they are winning “too easily”; and your fragile ego can’t stand not feeling so special anymore. You’re a gatekeeping edge lord. I hope you also play KSP and that they come out with a sequel that implements autopilot.

Lmao some dude earlier was saying someone didn’t “earn their victory” because they spammed JUMPING ATTACKS. Some people truly need to find new things that aren’t FromSoft games. I really love Malenia and her fight (and no, I didn’t beat her easily–first playthrough it took me about 5 days). People refuse to acknowledge how many reskinned enemies or in the Dia de los muertos day of the dead four sugar skull flowers T-Shirt In addition,I will do this crabs case just straight up copy pasted enemies there are in this game, and the amount of times you fight the same garbo dungeon boss is mind numbing, I was gonna explore as many dungeons as I could until I realized there all the fucking same. Ulcerated tree spirit, stonedigger troll, etc. But just so people don’t think I hate the game (because any critique of elden ring gets you spit roasted ) I thought Radahns fight was absolutely amazing, fighting Maliketh then lion warrior dude back to back was also great.