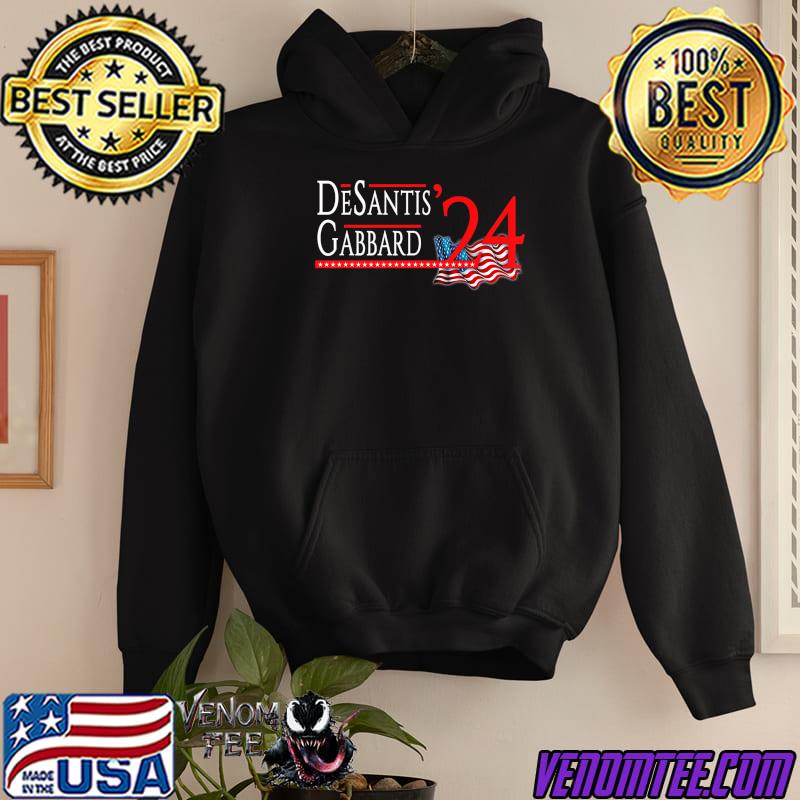 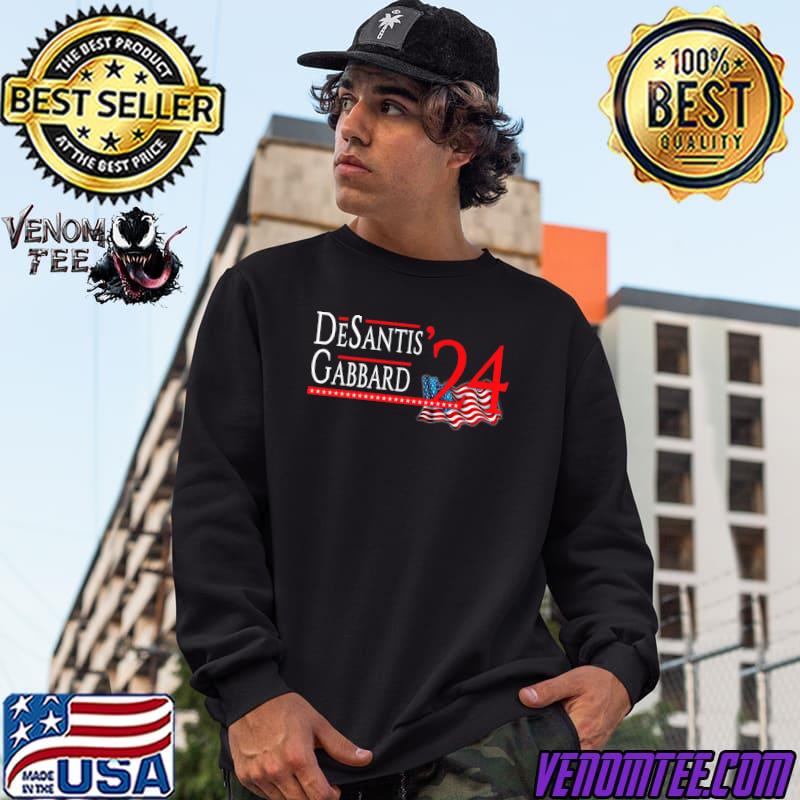 I’m fine with encouraging and rewarding exploration, but following a trail of bread crumbs is already not fun, and when there’s not even a trail to follow, it’s just frustrating on top of tedious. I don’t like how the Desantis Gabbard 2024 President Election Republican Ticket American Flag T-Shirt in other words I will buy this current poise system works, and if it’s gonna stay this way at least let us have transmog. This is pretty agreeable take. If I think about bosses in DS3 that I was stuck on for dozens of attempts or more…Pontiff, Nameless King, Soul of Cinder, Gael, Friede, Midir, Demon Kings Elden Ring is too spacious for its own good. Limgrave is perfect, Altus Plateau and Liurnia is just flat, Caelid too. Giant Mountain and consecrated snowfield is also just flat. The bosses are an incredible spectacle, but aren’t as good mechanically. They’re still fun (I actually liked Fire Giant), but I don’t think any of them come close to Fromsoft’s best except maybe Radahn. Best bosses in Souls were in the DLC though so maybe we’ll get some bangers for ER later on. Im not trying to argue, but i just want to hear why you don’t think that bosses like mohg, maliketh, godfrey, placidusax, morgott, godrick and astel aren’t as good mechanically as ds3 or bb bosses. Imo the elden ring remembrance bosses are some the best bosses they have made with only sekiro and bb and ds3 dlc being above/same quality. I feel like everyone says that er bosses suck mechanically and are a downgrade but when asked cant even give good reasons so can you tell why you dont like those fights. Imo they are on the level of gael, friede, midir, isshin, owl, ludwig and maria.

I think Mohg and Godrick are super good bosses. Kinda sad though that with so many dragon fights in the Desantis Gabbard 2024 President Election Republican Ticket American Flag T-Shirt in other words I will buy this game Kalameet and Midir are still my favourites. In the next patch, I want every albinauric to have a sacred relic sword, so they can rune farm the player instead. Also, you should get poisoned while you’re riding torrent in a swamp, it is the intended experience. It takes way too long to find armor pieces better than your starting equipment. A small part of me likes that so much starting armor is viable for the whole game, but it’s frustrating to be like 40 or 50 hours into your first playthrough and only have the Carian set, whatever mundane stuff you can buy from merchants that makes you look like you’re at a Renaissance fair, and a few random pieces that dropped from basic enemies (maybe) to choose from for customizing fashion and stats. And it only gets more frustrating to create a second PC, start from scratch and remember they’re going to look exactly the same or goofy as shit for so long. I don’t even think a whole armor set can be looted anywhere in all of Limgrave or Weeping Peninsula, but tell me if im forgetting any. The first truly good looking set with decent stats you’ll have will probably be Radahn’s, at which point you get to decide if you want to be “one of those” or hold out even longer. Hell, even the basic knight set in ER is the ugliest in any souls game, when it was cool in Demon’s and all three Dark Souls. And if that weren’t enough to get me downvoted straight to hell, there have never been so few good looking armor sets in total, with so few of them looking good in combinations.