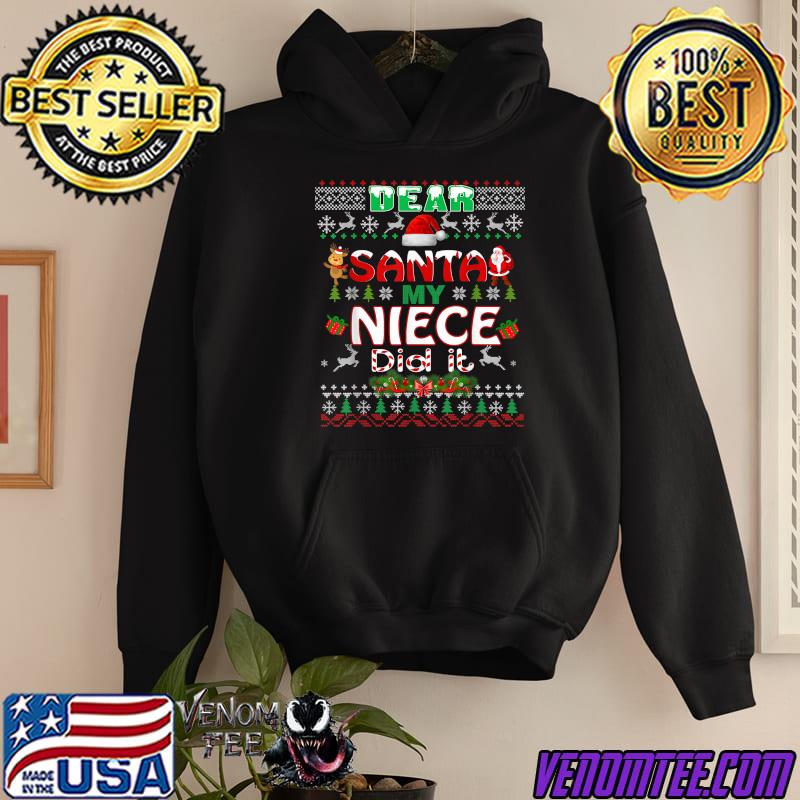 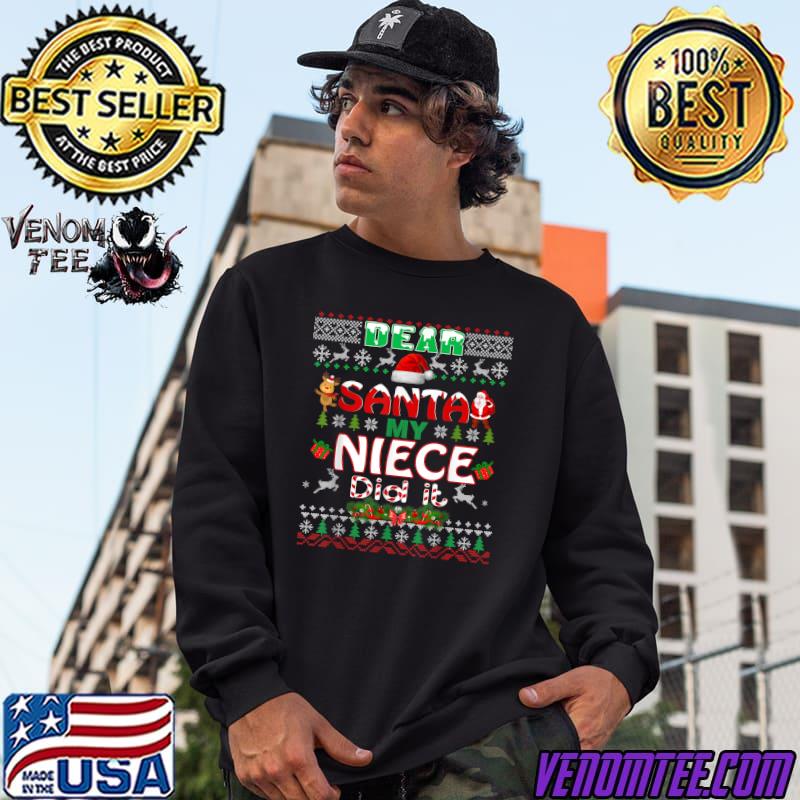 I agree, I’ll defend the Dear Santa My Niece Did It Christmas Family Elf Ugly T-Shirt but in fact I love this lack of direct storytelling and everyone having sad endings and every other From wacky feature, but quests are just impossible to do without a third party guide, like bro why the fuck is Millicent just randomly standing around the erdtree grazing ground how the fuck am I supposed to find her there normally? I have no idea how a human being can organically discern/follow a quest in elden ring. Without YouTube/Reddit, I genuinely don’t think I would have completed a single quest lol. I don’t like the quest lines in this game. I love the lore but I think this type of NPC quest of “go here and get this” or “find a random coffin to transport in” is outdated and takes the immersion away. I think quests would be a lot better if you didn’t need to look up guides at all. Don’t make it overly simple but make it reasonable. Weakest part of the game imo. It’s weird because there’s evidence of them doing it right in this game, but like, alongside bullshit. We’re there multiple quest designers or something?

Take Alexander. Basically every time you talk to that guy, he lets you know where’s going next. “I’ve heard tell of a great festival of combat to be held in Caelid, to the Dear Santa My Niece Did It Christmas Family Elf Ugly T-Shirt but in fact I love this east.” Next place you see him is Redmane Castle. Easy. “I must temper this vessel in searing heat. I will seek the fires of Mt. Gelmir.” There he is, just past the Magma Wyrm fight. “This heat is insufficient. I’ve heard rumors of a great flame harnessed by the Giants in their ancient forge.” Then you can summon him for the Fire Giant fight. He leads you from A to B to C in a sensible way by just… talking about it. Revolutionary. Then there’s Hyetta. She’s standing right by the place where you find the first instance of things you collect to give to her (assuming you did Weeping Peninsula before Stormveil, even though there’s nothing in this Open World Game pushing you to other than perhaps an urge to explore). Lovely. Then she just goes… Somewhere. Mostly, in my experience, I would find a Grape, and then think, “oh there’s this lady that eats these, right? She moved from where she was before, though, so…. Oh well. I’ll find her eventually, I guess.” And then you just kind of have to stumble upon her. And I’m not even getting into the fucking fall damage puzzle behind an invisible wall You have to do to finish her quest, or the whole rigamarole with a Special Needle in another character’s questline you need to go through to get yourself out of an ending that you have to lock yourself in to to finish Hyetta’s properly. Really only a problem if you’re a completionist, but still feels worth mentioning.